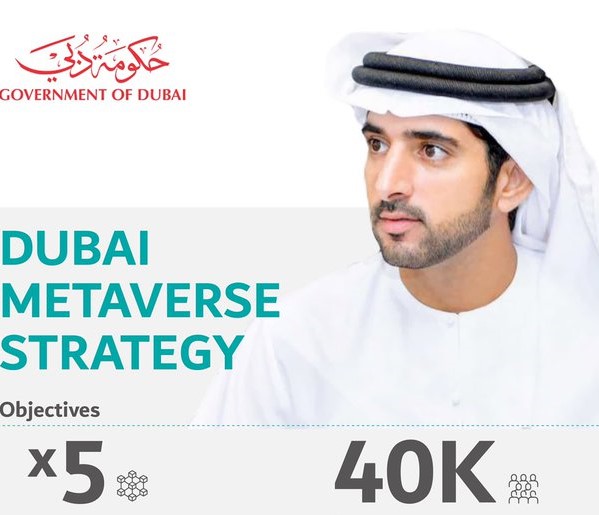 The inaugural Dubai Metaverse Assembly, first announced by Sheikh Hamdan bin Mohammed, Crown Prince of Dubai, and organised by the Dubai Future Foundation, is set to take place on September 28 and 29.

A host of global organisations will be in attendance, as Dubai showcases how it is at the cutting edge of future technology and will remain so in the future.

What will happen at the event?

The Dubai Future Foundation said that the assembly aimed to position Dubai as one of the best cities in the world by investing in promising economic opportunities, adopting and deploying metaverse technology, and developing digital infrastructure that supports global transformations and the digital economy.

The assembly will establish a global platform for launching discussions that will help to identify the opportunities of the metaverse and harness its potential, state news agency Wam reported.

It added that specialised workshops will bring together major companies, specialists and pioneers. This is with the objective of capitalising on metaverse technologies to create tangible outcomes and enhance the quality of life in both the real and virtual worlds.

The metaverse assembly serves as a global platform convening technology experts and the wider metaverse community from around the world to map out opportunities and harness the potential of this promising virtual world, according to Omar Sultan Al Olama, Minister of State for Artificial Intelligence, Digital Economy and Remote Work Applications, Deputy Managing Director of Dubai Future Foundation.

"The specialised event is a first for the region and a unique opportunity to exchange knowledge and ideas on the best solutions, projects and industries likely to benefit from the metaverse’s vast potential. Through this inaugural event, we highlight the extraordinary potential of this immersive world to accelerate economic growth, drive innovation and create a fundamentally better future for humanity.”

There will be more than 300 global experts and more than 40 specialised organisations discussing, exploring and shaping the future of the metaverse.

The event will host the likes of the World Economic Forum, Meta, Mastercard, Emirates airline and Accenture.

“There’s been immense demand from the government, private companies, technology start-ups and innovators in Web3 locally and internationally,” he said.

“We expect speakers from leading and most innovative global players in the metaverse-sphere to gather at the assembly to engage in meaningful dialogue around key topics such as the role of government; enabling factors for creating ecosystems on the metaverse; how Web3 technologies are enabling new business models and interactions on the metaverse; and how private entities are driving change in sectors such as gaming, art, education and finance.”

Live streaming will be available to those unable to attend.

What about the Dubai Metaverse Strategy?

This was announced in July and aims to create 40,000 jobs and add $4bn to the emirate's economy in the next five years.heikh Hamdan said the plan was the “next revolution in the technological and economic field that will affect all aspects of life over the next two decades”.

The initiative aims to double the number of blockchain companies and the metaverse by five times.

As of July, there were 1,000 companies in Dubai working in the metaverse, Sheikh Hamdan said.

Dubai has also formed a higher committee for future technology and digital economy, as it seeks to establish itself as a global hub for the future economy.

In May, Dubai's Virtual Assets Regulatory Authority said it had entered into the metaverse with the establishment of its Metaverse HQ, making it the first regulator to have a presence there.

The authority was established in March by Sheikh Mohammed bin Rashid, Vice President and Ruler of Dubai, under the Dubai Virtual Asset Regulation Law, the first such law in the emirate.

Where is the assembly being held?

It will be at the Museum of the Future and Emirates Towers.